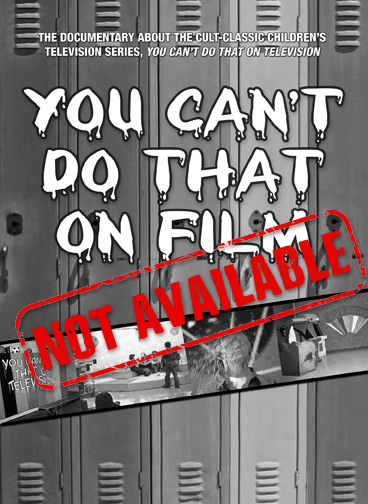 You Can't Do That On Film (SOLD OUT)

What happens when you travel to the birthplace of green slime? For an entire generation of classic Nickelodeon fans, it's like finding the Holy Grail. Join filmmaker David Dillehunt for You Can't Do That On Film, the first and only feature-length documentary about the cult-classic children's television show, You Can't Do That On Television. This revolutionary program broke all the rules, let kids be kids, and taught viewers everywhere to avoid uttering the phrase, "I don't know." Packed with more slime, more laughs and more fun, You Can't Do That On Film includes interviews with nearly two dozen original cast and crew members, including Les Lye, Christine McGlade, Alasdair Gillis, Adam Reid and Alanis Morissette.

You Can't Do That On Film