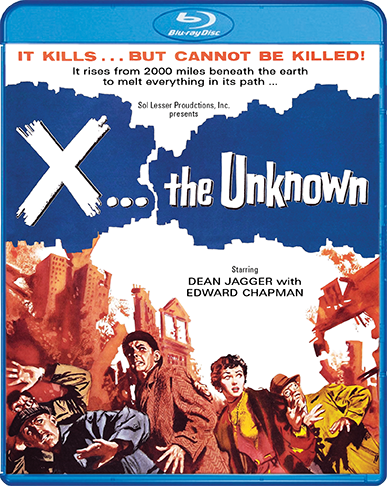 "Entertaining, suspenseful ... a well-produced piece of science-fiction ... a step above many of the monster movies that came out in the same time period" – The Telltale Mind

Can anything escape this terror? British commandos on maneuvers become ill with mysterious symptoms and horrific burns. Dr. Adam Royston (Dean Jagger), an atomic scientist from a nearby research station, suspects lethal radiation ... but is mystified by the cause. At a nearby hospital, the phenomenon reappears and engulfs more innocent people, including a hospital orderly whose skin melts away from his body! Dr. Royston speculates that the unknown is on a quest to absorb radiation and expand in size and range as it claims more and more victims. As time runs short, he becomes desperate to trap the entity before its power overcomes mankind!