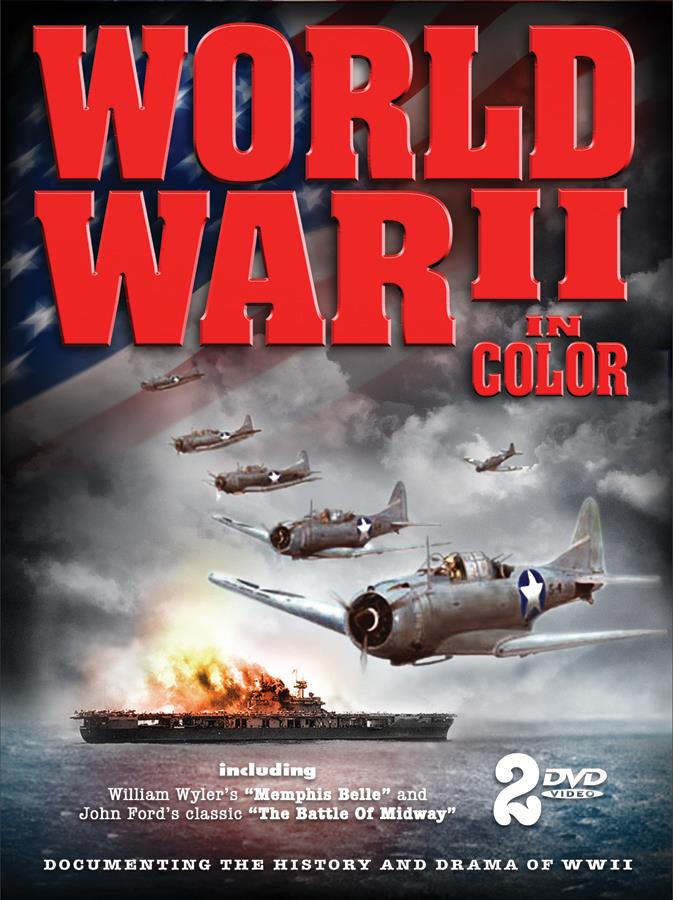 When war came to America in December of 1941, the film industry went to war along with the rest of the United States. These award winning documentaries are the work of some of Hollywood's finest producers and directors. Among them are John Ford's classic "The Battle of Midway," "Report from the Aleutians" by John Huston and William Wyler's "Memphis Belle." Shot at the front, with the filmmakers facing the same dangers as the fighting men, you'll also see some of the war's most memorable war correspondents, Ernest Hemingway and the GIs favorite, Ernie Pyle. These films, bursting with patriotism, are the filmmakers definitve legacy to the American servicemen and women who fought in history's greatest conflict.