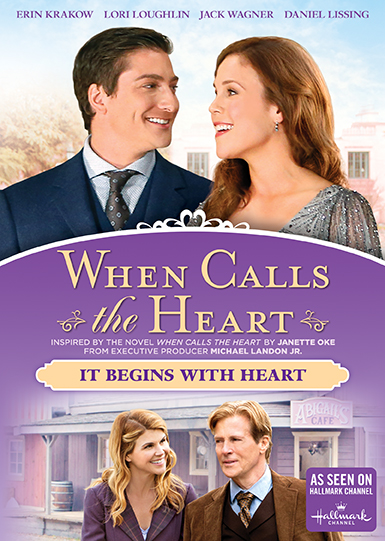 When Calls The Heart: It Begins With Heart

"Nostalgic… escapist fun like an evening of Downton Abbey" – FilmIntuition.com

In the days before the big New Year's Eve celebration, Hope Valley sees some unpredictable resolutions. For instance, Abigail sets out to catch whoever's been stealing from her kitchen – and finds herself in charge of two orphans in the process. Elizabeth resolves to take charge of Jack's dog, Rip, in an attempt to remedy Rip's apparent jealousy of their relationship. Rosemary is determined to win a San Francisco Herald essay contest about a "real frontier family"… and has to pose as Lee's wife when a reporter from the paper shows up. And Bill Avery tries his best to convince Jack that he's not the one who should be behind bars for counterfeiting. Meanwhile, two visitors in town ponder sticking around and causing trouble for both Jack and Pastor Frank!

When Calls The Heart: It Begins With Heart