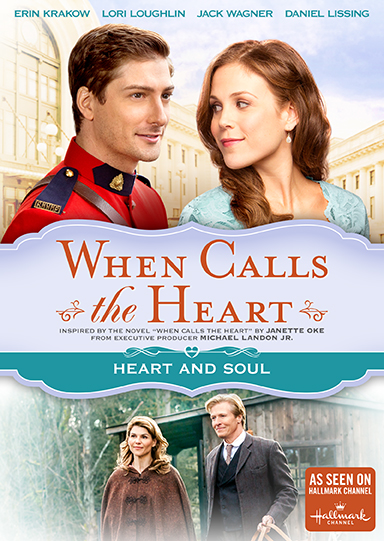 When Calls The Heart: Heart And Soul

"Nostalgic… escapist fun like an evening of Downton Abbey" – FilmIntuition.com

Further complicating their new romance, Jack and Elizabeth must part company so that Jack can return to Hope Valley and his duties as a Mountie. Elizabeth, however, remains in Hamilton, where she finds herself tending to her family and spending time with the handsome Charles Kensington. Meanwhile, back in Hope Valley, Rosemary has been offered a role in a play in San Francisco and makes preparations to leave with her two producers. When Jack learns that the "producers" have taken Rosemary in the opposite direction – for New York – he races after them to rescue her… a gamble that ends up being the talk of the town when they spend a night together.

When Calls The Heart: Heart And Soul