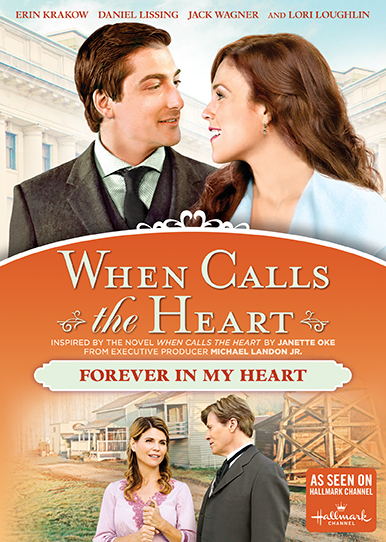 When Calls The Heart: Forever In My Heart

While Jack attempts to help a young settler couple reconcile their differences, Elizabeth tries to inspire her students, particularly Cody's sister, Becky, who has returned to Hope Valley in a wheelchair. Everyone is surprised when Carolyn Connors, Cody and Becky's long-lost, wealthy aunt, arrives to whisk them out of Abigail's care and raise them on her own. Meanwhile, Henry is arrested for sabotaging Lee's sawmill, and Lee's romantic intentions for Rosemary may also be sabotaged when a producer casts Rosemary in his upcoming film!

When Calls The Heart: Forever In My Heart