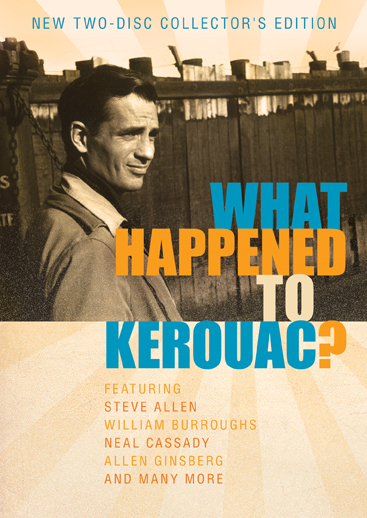 Jack Kerouac was the father of the Beat Generation, author of On The Road and pivotal figure of the 1950s countercultural revolution. This portrait shows us what happened when fame and notoriety were thrust upon an essentially reticent man. What Happened To Kerouac? is a lively and revealing investigation into the man’s personal history and creative process. Kerouac speaks for himself most eloquently in television appearances with Steve Allen and William F. Buckley, along with a fine visual tribute featuring his poetry. The result is a touching and exhilarating film about a troubled genius whose influence is still being felt all over the world. Featuring Allen Ginsberg, Gregory Corso, William S. Burroughs, Steve Allen, William F. Buckley, Charlie Parker, Neal Cassady, Carolyn Cassady, Lawrence Ferlinghetti, Michael McClure and Gary Snyder.