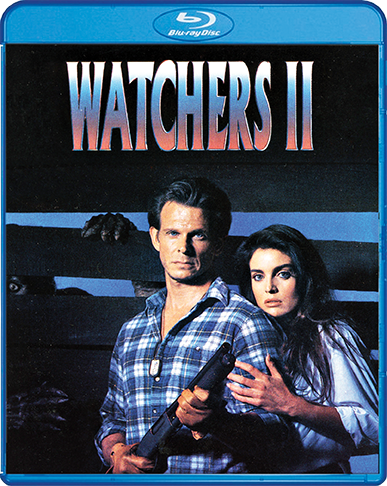 The terrifying Watchers saga continues with Watchers II, a tale of genetically altered beasts unleashed upon the world.

A shadowy government agency's sinister experiments have resulted in a pair of unnatural creatures: one is a benign, super-intelligent golden retriever, and the other an inhuman killing machine. Linked by a psychic bond, the dog and the monster escape the watchful eyes of their creators, resulting in a brutal killing spree. Paul Ferguson (Marc Singer, The Beastmaster, V) discovers the dog, and with the help of an animal psychologist (Tracy Scoggins, Babylon 5, The Colbys), they must stop the murderous monster before they become its latest victims.