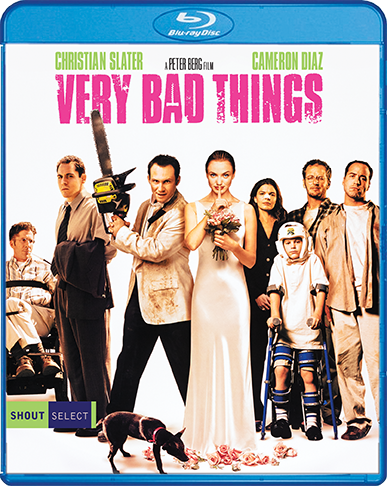 "Very Bad Things ... is like Diner directed by Oliver Stone from a script by Charles Manson." – Owen Gleiberman, Entertainment Weekly

Kyle Fisher (Jon Favreau, Swingers) has one last night to celebrate life as a single man before marrying Laura (Cameron Diaz, There's Something About Mary), so he sets out to Vegas with four of his best buddies. But their swanky, drug-and-alcohol-fueled bachelor party goes bust when their "stripper" cashes in her chips during a deranged sexual escapade. And hers is just the first of the bodies to pile up. The five friends decide to bury the evidence ... but fate has a way of not letting the truth stay buried for long.