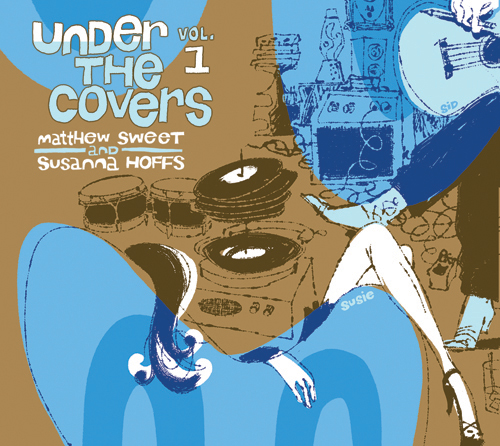 What do alt-rock/power pop heroes like Susanna Hoffs (The Bangles) and Matthew Sweet do on their time off? They get together in Matthew's comfy home studio and record a stunning album of their favorite '60s pop hits and rarities, of course!

The two first worked together in conjunction with Mike Myers as members of the band Ming Tea, appearing in all three Austin Powers movies and soundtracks. Now they've struck out on their own with Under The Covers Vol. 1, a tribute to their favorite '60s acts, including The Beatles, Bob Dylan, Neil Young, The Who, and cult favorites like The Velvet Underground, The Zombies, The Left Banke and Love. Leaving the songwriting to others lets Matthew and Susanna focus on singing, and the results are breathtaking. For extra authenticity, they even asked Van Dyke Parks (most famous for his work with the Beach Boys) to play keyboards and write string arrangements. It all adds up to a rock fan's dream come true.