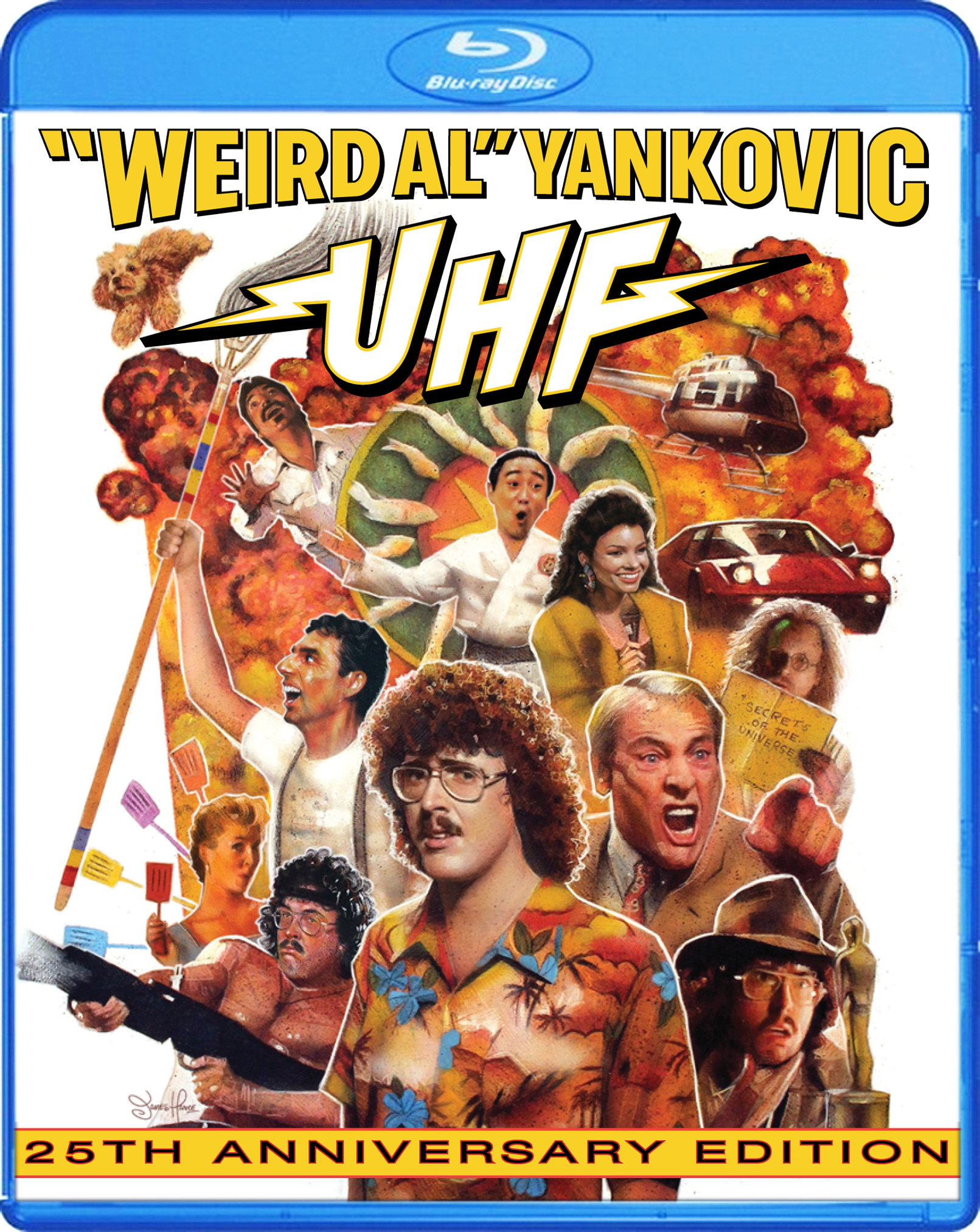 Sometimes you've got to grab life by the lips and YANK as hard as you can.

A lot of TV stations have forgotten what "quality" means. But not Channel 62. They NEVER knew what it meant.

In the cult classic UHF, "Weird Al" Yankovic is George Newman, a daydreamer who becomes the manager of a small TV station that's losing money as quickly as it's losing viewers. Before long he's programming shows like "Stanley Spadowski's Clubhouse," "Wheel Of Fish" and "Raul's Wild Kingdom." But can Channel 62's new popularity save it from sinister forces? To find out... don't touch that dial!