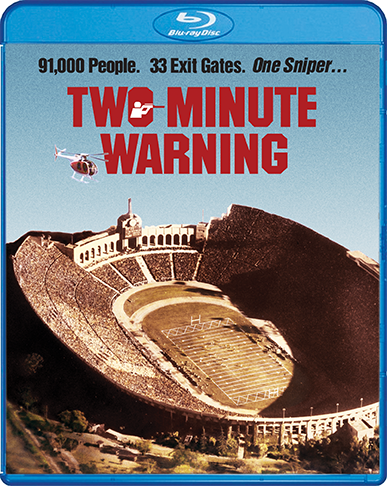 In Just Two Terrifying Minutes, The Lives Of 91,000 People Are Changed Forever!

A nightmare of fear and panic unfolds in this chilling tale of a lone gunman who sets his sights on a sellout crowd at a championship football game.

Charlton Heston is the police captain who leads the desperate fight to stop the madman – perched high atop the Los Angeles Memorial Coliseum – before he sets off widespread devastation in the jam-packed stadium.

John Cassavetes and Martin Balsam are among those risking their lives to thwart the sniper's attempts, while innocent spectators Gena Rowlands, Jack Klugman, Beau Bridges, Walter Pidgeon, David Janssen and thousands of others try to hide from the fatal gun attack and avoid the deadly ensuing stampede.