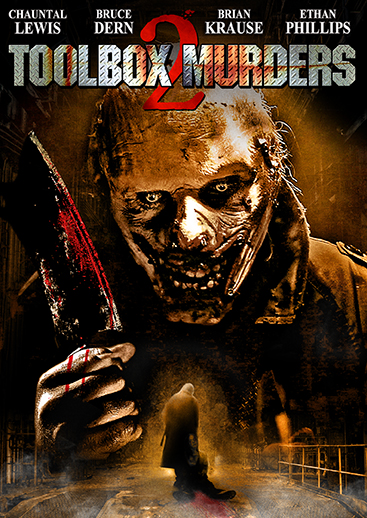 The handyman of horror is back with a new box of tricks in Toolbox Murders 2, a terrifying sequel to Tobe Hooper's 2004 reimagining of the 1978 cult favorite. Picking up directly after the events of Hooper's shocking film, Toolbox Murders 2 ratchets up the terror as it follows one of Hollywood's most twisted killers. Resurfacing in the darkest corners of the L.A. underworld with a serious axe to grind, the killer hammers out a plan to put the screws to a new victim: Samantha, the sister of his prey from his previous rampage. Soon Samantha finds herself held captive in a house of horrors and forced to undergo the most unspeakable tortures… with little hope of escape.