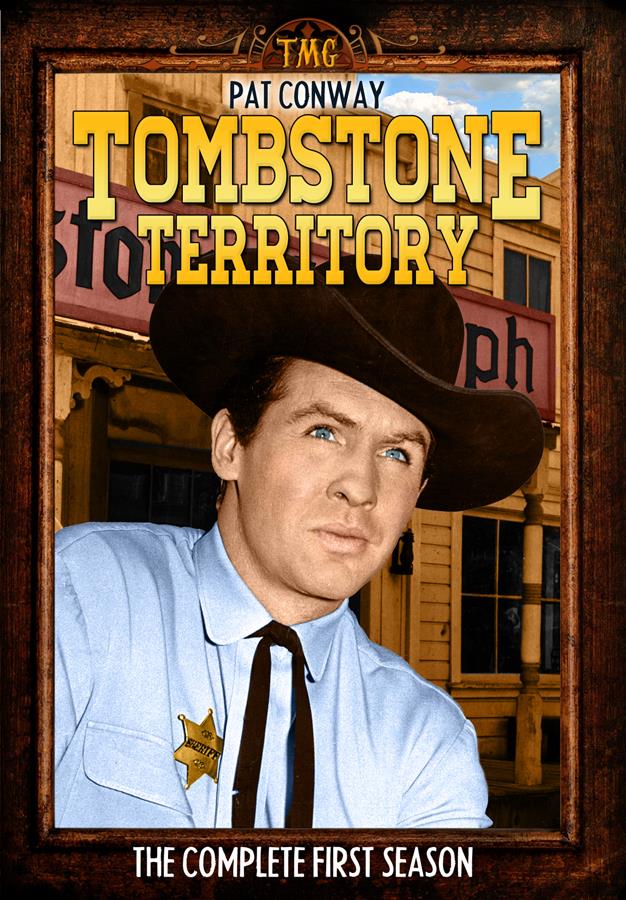 Debuting on ABC in 1957, Tombstone Territory starred Pat Conway as Sheriff Clay Hollister and Richard Eastham as Harris Claibourn, the editor of Tombstone’s local newspaper, the ‘Tombstone Epitaph’. Priding itself on its authenticity the show employed a western historian to ensure the accuracy of the stories. Tombstone, labeled "The Town Too Tough To Die", was located in Arizona Territory, just south of Tucson, and was one of the Old West's most notorious frontier towns and the site of the shootout, the Gunfight at the O.K. Corral. Sheriff Hollister has his hands full trying to keep the peace in his city as gunslingers, bank robbers, and criminals of all kinds ride through town. Newspaper editor, Harris Claibourn, acts as the show’s narrator adding an extra layer of realism to the program. Many wonderful guest stars appeared on the show including, John Vivyan, John Doucette, Angie Dickinson, James Best, and many others.