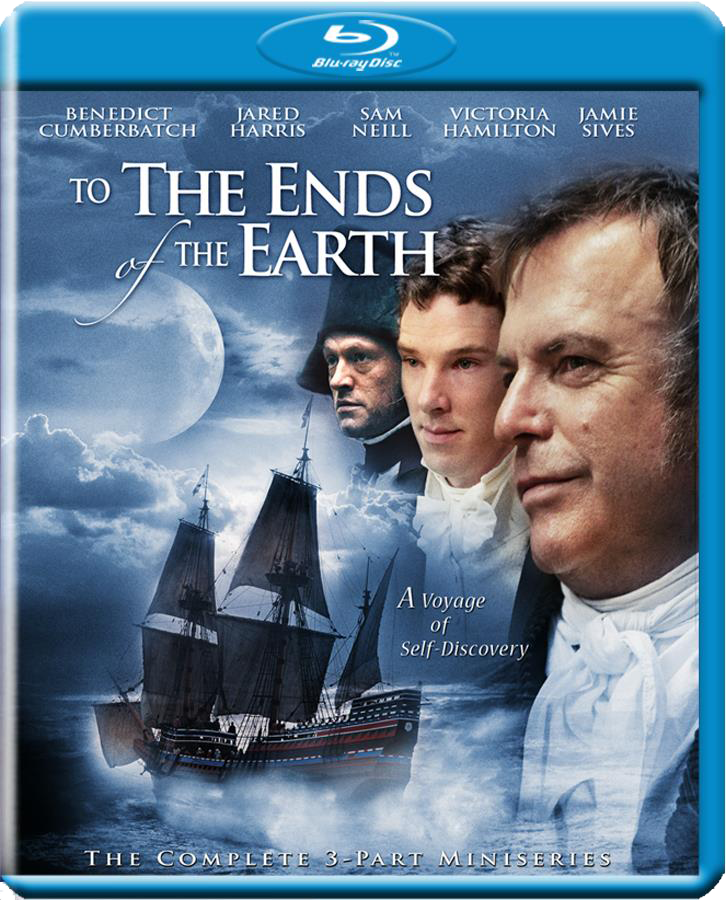 To The Ends Of The Earth: The Complete Miniseries

Benedict Cumberbatch (Sherlock, Star Trek Into Darkness) stars in an epic adaptation of To The Ends Of The Earth, Nobel Laureate William Golding’s sprawling literary trilogy.

In the 1800’s, a warship’s perilous journey is seen through the eyes of Edmund Talbot (Cumberbatch), an ambitious young aristocrat who has embarked for Australia, where he is to receive an official position in the colonial government. On this voyage Talbot learns more about life at sea - and himself - than he ever thought possible.

A stunning production featuring actors Sam Neill (Jurassic Park, The Piano), Jared Harris (Mad Men), and Charles Dance (Game of Thrones), To The Ends of the Earth is a gripping miniseries, hailed by audiences and critics alike.

To The Ends Of The Earth: The Complete Miniseries