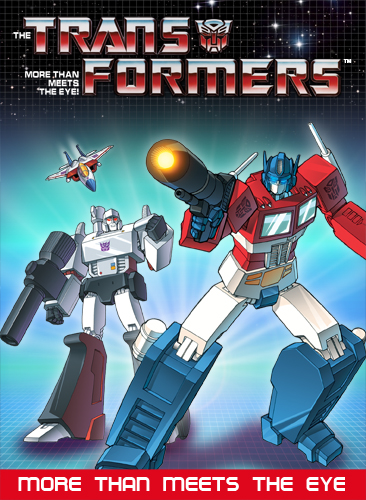 The Transformers: More Than Meets The Eye

Four million years after crash-landing on an unfamiliar planet, sentient robots with the ability to disguise themselves as common vehicles awaken on present-day Earth. Desperate to find a new energy source for their home planet of Cybertron, Optimus Prime and the heroic Autobots must defend their new friends - Spike and Sparkplug - and the innocent people of Earth against their archenemies, Megatron and the power-hungry Decepticons.

The Transformers: More Than Meets The Eye