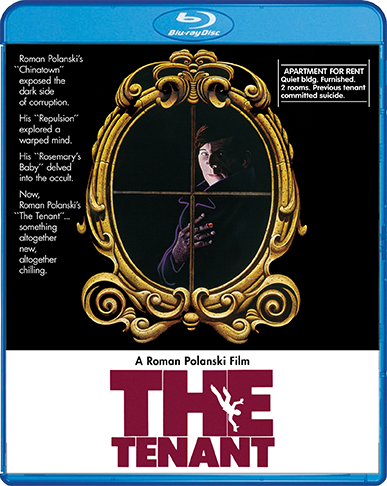 "***1/2! Reworking many of the themes from his previous works Repulsion and Rosemary's Baby ... The Tenant proves to be another first-class effort from genre director Polanski. A must-see" – The Terror Trap

An apartment with an unhappy past sets the stage for filmmaker Roman Polanski's riveting psychological suspense thriller, The Tenant. Polanski stars as Trelkovsky, a quiet, timid file clerk increasingly overshadowed with dread and fear after he moves into his new apartment. Adding to his paranoia are the building's other occupants, who do nothing to alleviate his growing obsession with the untimely, tragic fate of the apartment's previous tenant. Is Trelkovsky's dread truly justified – or is it simply the result of his seemingly disintegrating mental state? A brilliant international cast – Isabelle Adjani, Melvyn Douglas, Jo Van Fleet, Bernard Fresson and Shelley Winters – and Polanski's own penchant for delivering unprecedented suspense (Repulsion, Rosemary's Baby, Chinatown) make The Tenant a haunting, riveting film classic!