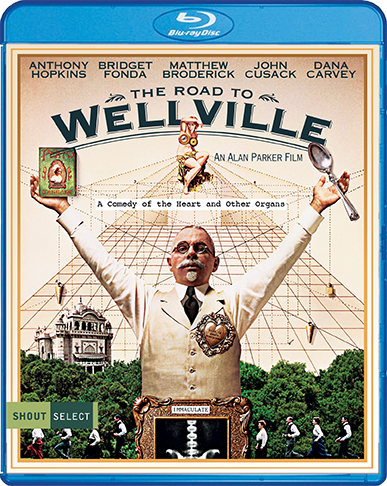 The Road To Wellville

Presiding over the renowned Battle Creek Sanitarium is the visionary cornflake inventor and health-craze huckster Dr. John Harvey Kellogg (Hopkins). Seeking to improve their health – and their marriage – are Eleanor (Fonda), Kellogg's spellbound devotee, and Will (Broderick), her reluctant but devoted husband. What doesn't kill them in this spa/hospital/grand hotel will only make them stronger as they make their way through an obstacle course of sexual temptations, mechanical contraptions and dietary breakthroughs. Filled with outrageous methodology and hilarious hijinks, this "sumptuously photographed turn-of-the-century comedy with a fine cast" (San Francisco Chronicle) will make you double over ... with laughter!

The Road to Wellville