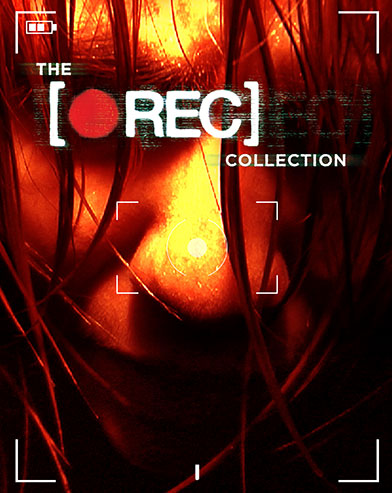 In 2007, two talented Spanish filmmakers created a terrifying film that went on to spawn three sequels, an American remake and its sequel. In the first film, [REC], a TV reporter and her crew are asked to cover a crew of firemen on duty. What seems like a routine story about a night at the fire station soon turns into a nightmare. Trapped inside a quarantined building, the crew must try to survive the terror that rages inside.

[REC] 2 picks up minutes after the end of [REC]. The authorities have lost contact with the people trapped inside the quarantined building and chaos reigns. A Special Operations Unit has been tasked with entering the premises ... only to discover that this is anything but a straightforward mission.

[REC] 3: GENESIS leaves the confines of the quarantined building to follow the wedding of Koldo and Clara. Everything appears to be running smoothly and the bride and groom are enjoying a wonderful day ... until some of the guests start showing signs of a strange illness and unleash a torrent of violence.

Note: English language audio is available for the first film in this set only.