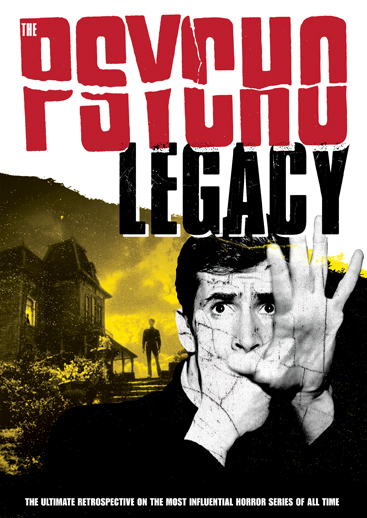 The ultimate retrospective on the most influential horror series of all time!

In 1960, Director Alfred Hitchcock unleashed the mother-loving, murderous Norman Bates (Anthony Perkins) onto screens in Psycho and scared audiences senseless. With its shocking shower scene and unheard-of-at-the-time twist ending, it single-handedly changed the horror genre forever. Psycho was so successful that it spawned three sequels, one remake, one TV series pilot, countless imitators and is now considered the "grandfather of modern horror". The Psycho Legacy is the first documentary to unravel the screenwriting, casting and directing of all of the Psycho films and reveals several surprises and insights that every fan of this classic franchise will want to know.