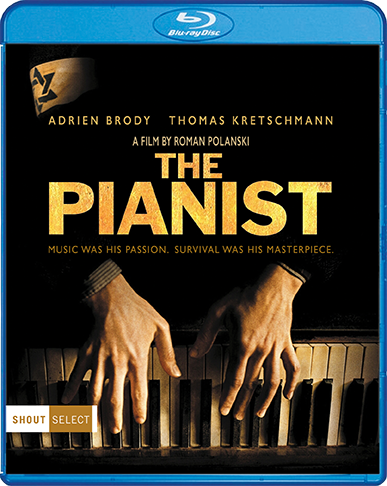 Product Note: Extras will be announced at a later date.

Director Roman Polanski won both an Oscar®* and a BAFTA for this compelling film which is based on a true story.

They were degraded, they were hoarded up, and they were sent to die. A brave few fought back, but one man would not be beaten, would not be taken, and would remain defiant. Wladyslaw Szpilman (Adrien Brody in an Oscar®-winning* performance), a brilliant Polish pianist, a Jew, escapes deportation. Forced to live in the heart of the Warsaw ghetto, he shares the suffering, the humiliation and the struggles, and manages to escape and hide in the ruins of the capital.