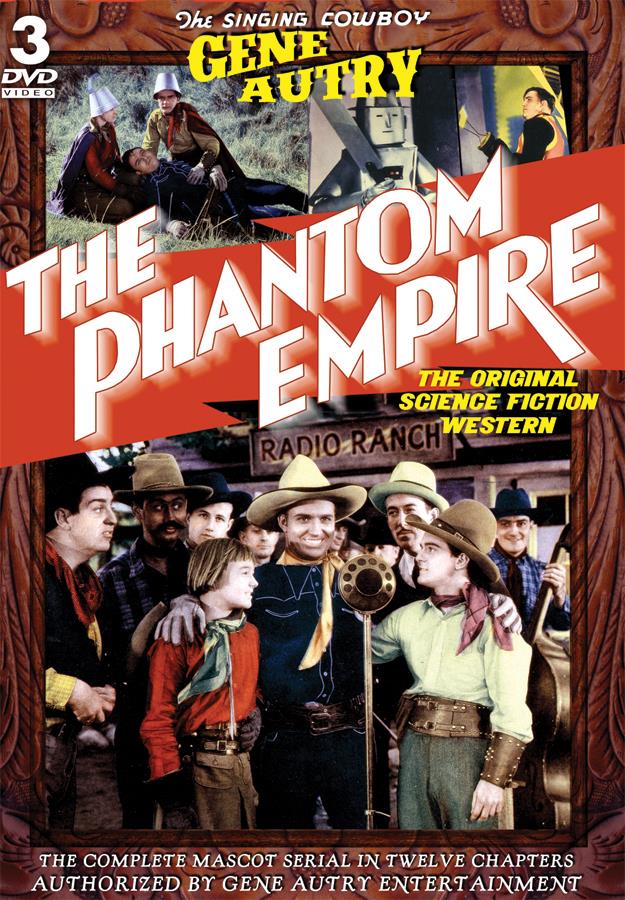 Gene Autry's first starring role on film was in the Science Fiction Western 12-part serial The Phantom Empire in 1935. A serial is a continuing story with a cliffhanger ending that is resolved the next week and typically played at a Saturday Matinee along with a Western feature, a newsreel, a 10 or 20 minute musical or a comedy short, and a cartoon. The Phantom Empire is a fantastic adventure with music, comedy and action on the land, in the air and underground in the super scientific kingdom of Murania. This Timeless Media Group collection is sourced from Gene Autry's personal film archive.

Radio Ranch is a dude ranch resort owned by Tom Baxter and popular radio entertainer Gene Autry. Twenty-five thousand feet beneath the ranch lies the super-scientific, highly advanced kingdom of Murania which is rich in radium deposits and ruled by the beautiful Queen Tika. Gene's radio contract states that he must broadcast daily from the ranch or he will lose it to a discredited scientist trying to steal the ranch for its radium. The Queen tries to protect her kingdom from the outside world by getting rid of Gene Autry and the Junior Thunder Riders.