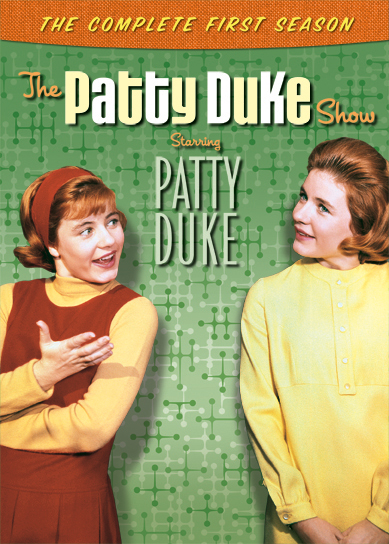 The Patty Duke Show: Season One

From 1963 to 1966, American audiences were treated to the weekly comic hijinks of identical twin cousins, Patty Lane - a normal American teenager living in Brooklyn Heights, New York - and Cathy Lane - her Scottish cousin freshly arrived in the United States to finish her secondary schooling. Patty Duke, already an Academy Award-Winner for the role of The Miracle Worker, played the roles of both girls.

The Patty Duke Show immediately won over television audiences and ran for three fun-filled seasons, totaling 104 hilarious episodes. For the first time, all 36 episodes of season one are available on DVD in this 6-disc set!

The Patty Duke Show: Season One