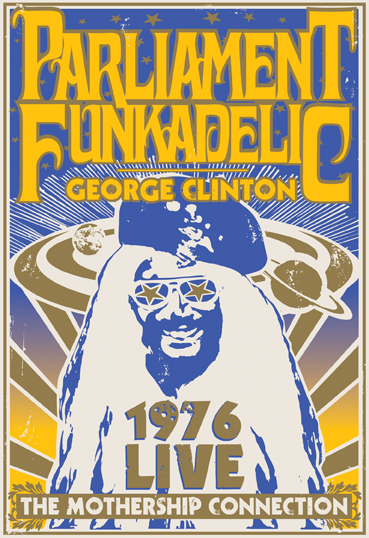 It was Halloween night and Parliament Funkadelic was about to tear the roof off the Houston Summit, ready to bless the crowd with their cosmic brew of interplanetary funk. George Clinton, Bernie Worrell, Bootsy Collins and the rest of the P-Funk collective were riding the success of their first Top 5 R&B hit, "Give Up The Funk (Tear The Roof Off The Sucker)," a track that had earned them the kind of radio play that would bring the masses out to see them live in a stadium-sized arena. The group was only five dates into the tour when they arrived in Houston, but they were definitely ready to take it to the stage for an out-of-this-world show like no other. Taped on October 31, 1976, these seldom-seen performances at the Houston Summit represent Clinton and Parliament Funkadelic in their '70s prime, in the era of their Mothership Connection and The Clones Of Dr. Funkenstein LPs-a rare opportunity for everyone to get their proper dose of The P-Funk.