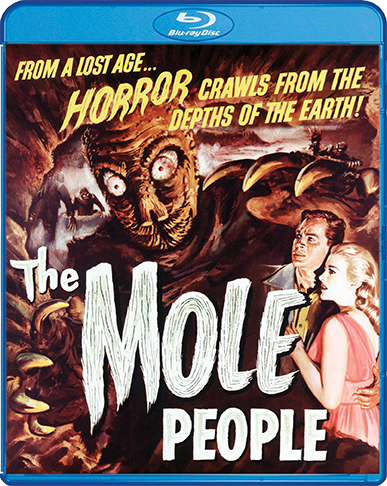 Terrifying Monsters from a lost age!

John Agar (Attack Of The Puppet People), Hugh Beaumont (Leave It To Beaver) and Nestor Paiva (Creature From The Black Lagoon) star as three archaeologists who come upon an unusual race of albino beings who shun all forms of light and have mutant mole men as their slaves.

Because of their "magical cylinders of fire" (what we know as flashlights), these archaeologists are treated like gods – until they try to liberate the mole people. Can the archaeologists escape this hallowed mountain in Asia ... or will they be destroyed in a strange underground world?