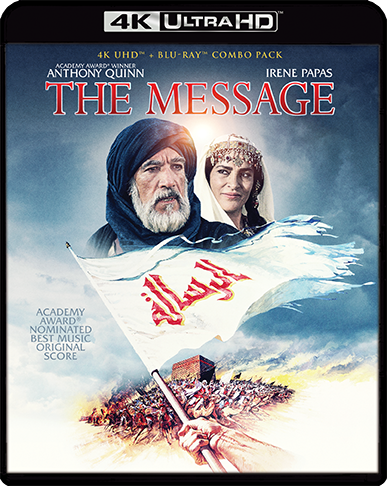 "A REMARKABLE FILM" – The Hollywood Reporter

It was a movie seven years in the making, filmed in two separate versions with a cast of thousands, and featuring an Oscar®-nominated* score by Maurice Jarre (Doctor Zhivago, Ryan’s Daughter). This is the epic story of the prophet Mohammad, whose holy revelations defied a pagan society and changed the world forever. Two-time Academy Award® winner Anthony Quinn** (Lawrence Of Arabia) stars in this landmark international hit produced and directed by Moustapha Akkad (Lion Of The Desert) which remains the most powerful and acclaimed movie ever made about the birth of Islam.