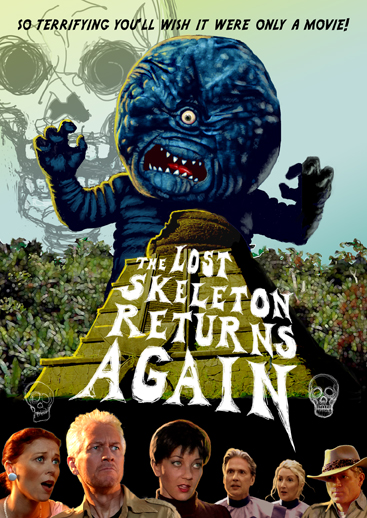 So Terrifying You'll Wish It Were Only A Movie!

Fun and over-the-top sequel to 2001's The Lost Skeleton of Cadavra which brilliantly spoofed sci-fi movies of the 50's. It's two years later in the Amazon jungle: Old friends and new enemies schlep into the dreaded Valley of the Monsters in search of yet another rare element. This bigger, better, bonier round two contains some nifty special effects, a dynamic musical score, hilarious performances and trademark loopy dialogue.