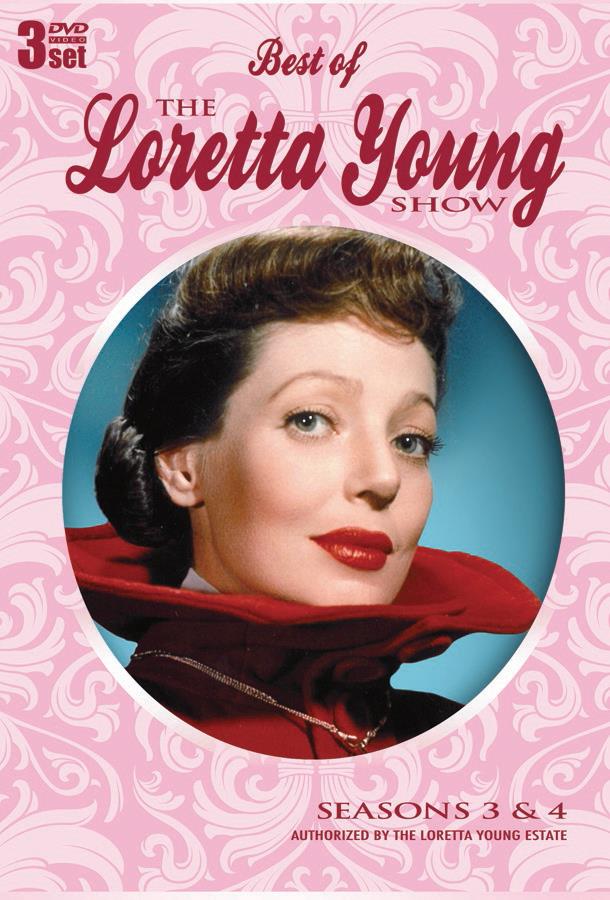 One of the brightest stars of the Golden Age of Hollywood, the lovely and talented Loretta Young appeared in over 100 films during her movie career. Some of her most memorable roles from the 30s and 40s were A Man's Castle, Ramona and The Farmer's Daughter, for which she won an Academy Award in 1947.

In the 1950s, Loretta turned her impressive talents to television. Her show first aired in September 1953 and was on the air for the next ten years.

The continuing popularity of the Loretta Young Show made her one od the best-known and beloved personalities on television, as an actress, a mother and a role model to millions of American women. Her patented entrance and the dramatic swirl through her living room door also gained her the reputation of America's best-dressed actress.

Millions tuned in each week to see Loretta in the latest fashions and she never wore the sam dress twice on the show!

TMG is proud to bring you the best of Loretta's third and fourth seasons on three DVDs.