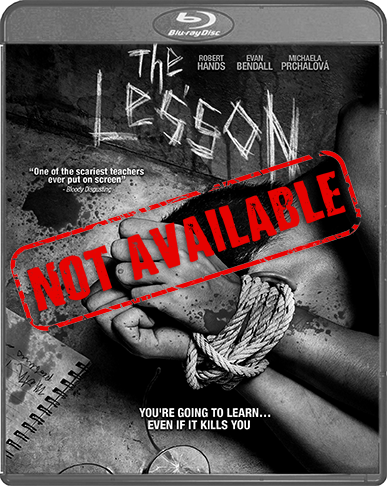 The Lesson (SOLD OUT)

"A WHIPLASH for genre fans" – Darkside

Fin (Evan Bendall), a lone teen from a broken family, gets caught up in the wrong crowd of delinquent kids in this chilling horror film filled with white-knuckle suspense. When Fin and his friend, Joel (Rory Coltart) act up in class, their English teacher (Robert Hands, Stonehearst Asylum) decides to teach them a lesson they will never forget. First-time feature helmer Ruth Platt "comes out swinging as an intelligent directorial force with this debut" (DreadCentral.com) that "ramps up the tension dramatically and results in a solid horror coming-of-age film that features one of the scariest teachers ever put on screen" (Bloody-Disgusting.com)!