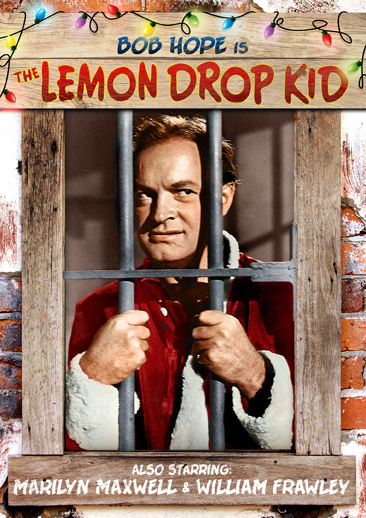 This 1951 Christmas comedy features Bob Hope as The Lemon Drop Kid, a small-time con artist, nicknamed for his favorite candy, who gets in over his head when he swindles a tough gangster out of some gambling profits. The Kid concocts a scheme to pay back the money by Christmas, by tricking his pals into dressing up as Santas and collecting money for a made-up charity. Starlet Marilyn Maxwell (Rock-A-Bye Baby, Off Limits) stars shines as his love interest, and William Frawley (I Love Lucy) nearly steals the show as one of his sidekicks. Based on a Damon Runyon story. Directed by Sidney Lanfield.

"Hope is hilarious [in The Lemon Drop Kid.] -- Leonard Maltin