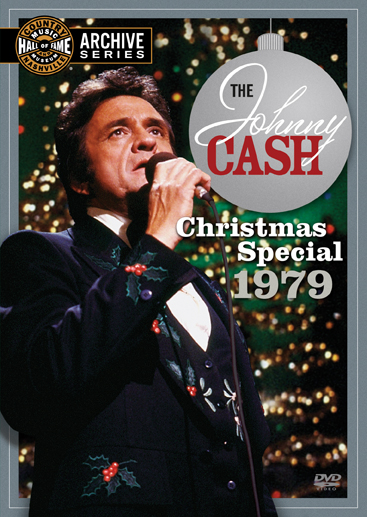 For the 1979 broadcast, Cash's annual CBS Christmas special returns to Nashville after taping the previous year's program in Los Angeles. This time he features his father, Ray Cash, and older brother Roy Cash in a visit to the small home in Dyess, Arkansas, where Johnny and his siblings were raised. Guests include Canadian pop and country star Anne Murray ("You Needed Me"), who was enjoying the most successful period of her career, and country music's Tom T. Hall, whom Cash introduces as "my very favorite songwriter" before Cash and Hall launch into a medley of Hall's hits "Old Dogs, Children And Watermelon Wine," "The Year That Clayton Delaney Died," "I Love" and "Country Is." The show's comic foil is the late Andy Kaufman, who appears as his character Latka Gravas from the hit network show Taxi. The show originally aired December 6, 1979.