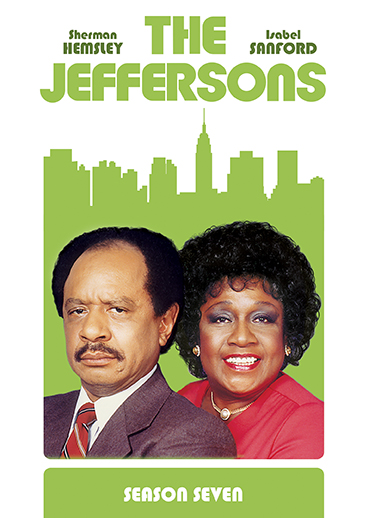 All 20 Episodes From Season Seven!

Join George and Louise in their dee-luxe apartment in the sky for the seventh season of their hit sitcom, The Jeffersons. A groundbreaking series that mixed hilarious comedy and social commentary, The Jeffersons remains an all-time favorite thanks to its terrific cast (including Sherman Hemsley, Isabel Sanford, Marla Gibbs, Roxie Roker and Franklin Cover) and unforgettable theme song.

Highlights of Season Seven include a multi-part Hawaiian adventure, a wild parody of soap operas, and (in keeping with the series’ occasional serious side) a run-in with white supremacists. Developed by television master Norman Lear (All In The Family, Maude), The Jeffersons is situation comedy at its finest… and finally, you’ve got a seventh season piece of the pie!