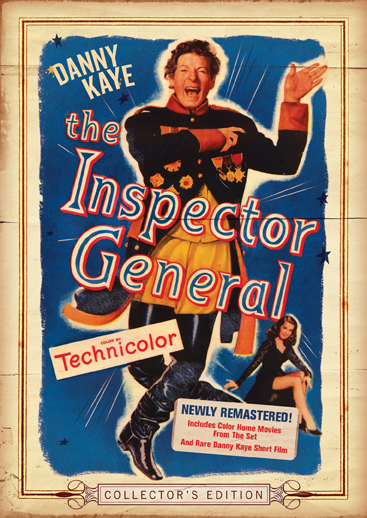 Danny Kaye shines as Georgi in this satirical musical comedy about a lovable buffoon who wanders into a town where he is mistaken for the Inspector General by its corrupt mayor. Fearing exposure, the mayor and his equally crooked councilors make attempts to assassinate him, but the kindly townspeople are on Georgi's side.

Loosely based on the play by Nikolai Gogol, this Henry Koster gem ranks among Danny Kaye's most celebrated movies.