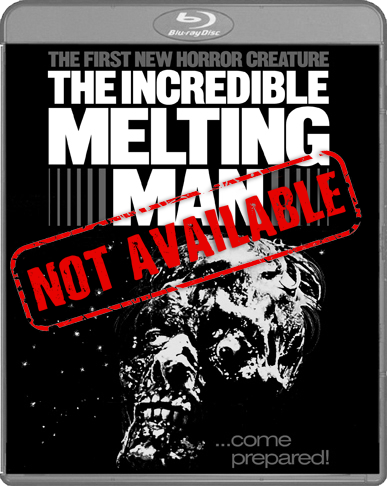 The Incredible Melting Man (SOLD OUT)

HE WAS ONCE THE HERO… NOW, HE’S THE HUNTED!

Colonel Steve West has just returned from an incredible history-making flight to Saturn when he is hospitalized with an ailment that baffles the entire medical community. His flesh is melting and to stay alive he must consume human flesh and blood. The infected Colonel West escapes from the doctors’ supervision and hides in the surrounding community where he begins to hunt for human flesh. Who can stop the Incredible Melting Man?