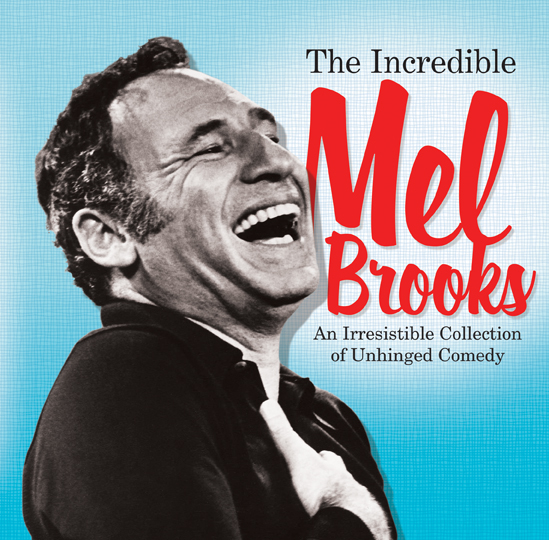 The Incredible Mel Brooks: An Irresistible Collection Of Unhinged Comedy

Welcome to the History of Mel Brooks, Part I

Few legends loom as large over the landscape of American comedy as Mel Brooks. For 65 years — in every medium through which entertainment can possibly pass — he has made people laugh all over the world. A celebrated director, actor, producer, composer and writer, Brooks is one of only 11 people in history to win an Emmy®, Grammy®, Oscar® and Tony® Award. With this unique, first-of-its-kind collection, fans of this ferociously gifted entertainer will fall joyfully down a rabbit hole into a wonderland of television appearances, short films, documentaries, tributes, songs and genuine rarities.

• I Thought I Was Taller: A Short History Of Mel Brooks

• An Audience With... Mel Brooks

• Mel And His Movies, a New Five-Part Look Back

• Episodes of Get Smart, When Things Were Rotten and Mad About You

• In the Beginning: The Caesar Years

“As a big fan of Brooks, this set was eye-opening, as you get to see work from across his career, plus a huge amount of self-analysis in the new entries, which offer insight you may not have heard before. The mix of new and old material and the excellent packaging make this a must for the shelves of any Brooks fan, as it's unlike anything in your collection.” – Francis Rizzo III, DVD Talk

“A treasure trove of rare clips, old TV shows, appearances, and recollections from one of comedy’s greatest writers. This is a fantastic set, a perfect gift for the comedy fan in your family….one of the best DVDs of the year.” – Brian Tallerico, Hollywood Chicago