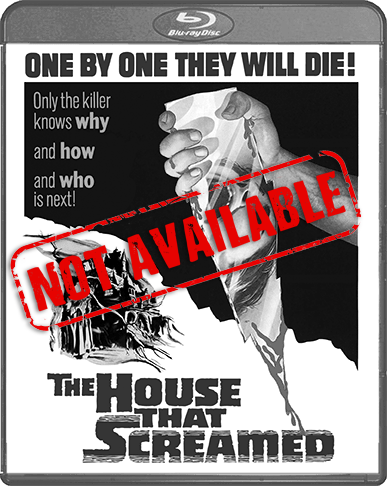 The House That Screamed (SOLD OUT)

"Outstanding on every level, this Spanish slasher is a must see." – The Terror Trap.com

The chilling 1970 horror film by Narciso Ibáñez-Serrador (Who Could Kill A Child?) has been cited as an influence on Dario Argento's classic SUSPIRIA. At a 19th-century French boarding school for troubled girls, run by the sinister headmistress Madame Fourneau (Lilli Palmer, The Boys From Brazil), students begin to disappear shortly after the latest student's arrival (Cristina Galbó, The Living Dead at Manchester Morgue). Could a mysterious killer be loose within the school's dark corridors or have some of the girl's escaped the tight grip of the stern Fourneau?

The House That Screamed