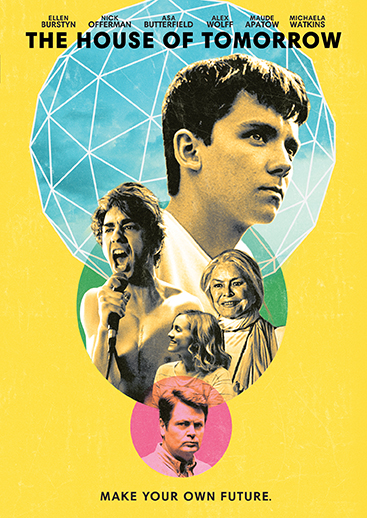 Sebastian (Asa Butterfield, Ender's Game) is a sixteen-year-old who has spent most of his life with his Nana (Academy Award®-winner* Ellen Burstyn, Requiem For A Dream) in their geodesic dome home, a tourist attraction where she raises him on the futurist teachings of her former mentor Buckminster Fuller in hopes that one day Sebastian will carry Fuller's torch and make the world a better place.

But when illness sidelines Nana, Sebastian begins sneaking around with Jared (Alex Wolff, Jumanji: Welcome To The Jungle), a chain-smoking, punk-obsessed sixteen-year-old with a heart transplant who lives in the suburbs with his Bible-banging single father, Alan (Nick Offerman, The Founder), and teenage sister Meredith (Maude Apatow, Girls).

Sebastian and Jared form a punk band and with his Nana's dreams, his first real friendship, and a church talent show at stake, Sebastian must decide if he wants to become the next Buckminster Fuller, the next Sid Vicious, or something else entirely.