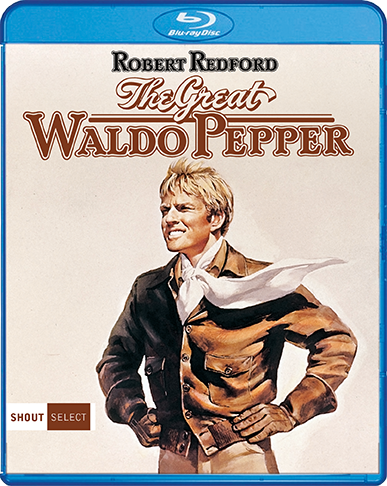 "A film of charm and excitement ... poignancy and adventure ... The adventures are especially spectacular." – Roger Ebert

Robert Redford takes to the skies in this rousing and dramatic thrill-ride! Waldo Pepper (Redford) is a former WWI biplane pilot who feels he missed out on his chance to earn glory during the war and dreams of being the first man to perform the risky "outside loop." Desperate for cash, he resorts to "barnstorming" with his unique style of aerial showmanship, but soon lands in Hollywood as a stunt pilot. When German ace fighter pilot Ernst Kessler (Bo Brundin) is cast to recreate his famous dogfight in a Hollywood blockbuster, Waldo sees an opportunity to redeem his war record in a dramatic and death-defying airborne fight ... that proves to be a little too real.

Directed by George Roy Hill (The Sting) and co-starring Susan Sarandon, Margot Kidder, Bo Svenson and Edward Herrmann, it's a thrilling, pulse-pounding story about the dreamers and risk-takers of early aviation.