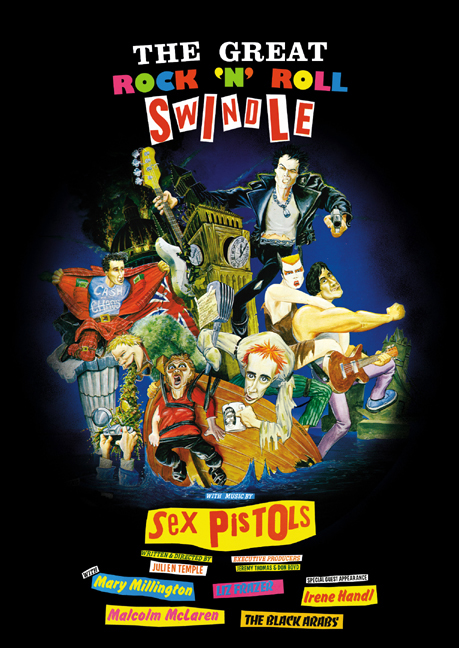 The Sex Pistols star in director Julien Temple's bizarre and hilarious fictional documentary that charts the rise and fall of punk's most notorious band through the eyes of its calculating manager, Malcolm McLaren. Mixing animation and midgets with footage of some of The Pistols' most electrifying live performances, the 1980 film presents the band's success as an elaborate scam perpetrated by McLaren to make "a million pounds" at the expense of record companies, outraged moralists, the British Royal Family-and even the fans and band members themselves.