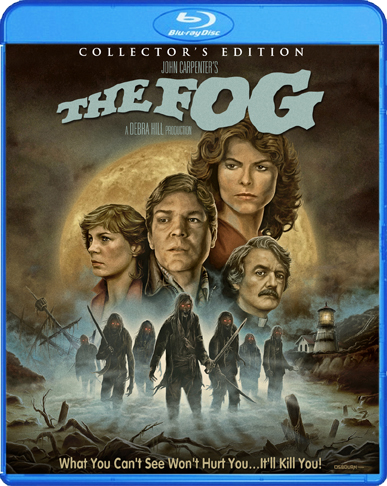 "This new Blu-ray features a wonderful transfer and soundtrack for the film, as well as a host of revealing extras that film geeks will eat up. The Fog earns my highest recommendation!" – William Harrison, DVD Talk

"Whilst it may not be a masterpiece of the genre, The Fog is a sleeper that continues to impress its original fans, and certainly gains new ones all the time…Once again, Scream Factory have put together an outstanding package for this cult-cherished movie. The commentaries are excellent, as are the new interviews. The older material is still very worthwhile, and now we get Sean Clark taking us on a tour of those gorgeous locations. The new transfer is highly impressive indeed." – Chris McEneany, AV Forums