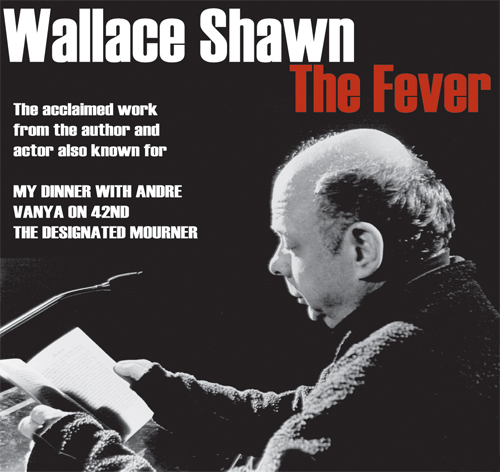 Wallace Shawn, best known for his comedic roles such as the neurotic dinosaur in Toy Story, the lovelorn teacher in Clueless, the "inconceivable" villain in The Princess Bride, and one of two characters in My Dinner with Andre, is also a noted playwright. The Fever, a thought-provoking one-man play dealing with the issues of poverty, an unbalanced economy, and the class system, now makes its CD debut, after incarnations in other media, including an award-winning Off-Broadway play (1991), a book (Grove Press, 2004), and a film starring Vanessa Redgrave (HBO Films, 2004). The Fever's setting is a hotel bathroom in an unspecified "poor country where my language isn't spoken." The narrator is sick, both physically and metaphysically, and spends the next 90 minutes ruminating on the distinction between his own privileged upbringing and the unbearable poverty he sees all around him. He gradually comes to see himself as part of a brutal system in which a seemingly liberal, upper-class society can only exist on the backs of the world's billions of nameless, faceless poor. By the close of the performance, the listener is left feeling uncomfortable, and perhaps even accountable, for the inequalities of the world. The Fever was not written to lightly entertain, but rather to provoke and enlighten.