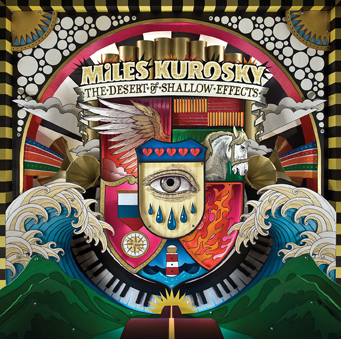 Critically acclaimed singer/songwriter and former Beulah frontman Miles Kurosky's debut solo album, The Desert of Shallow Effects, has been widely anticipated by fans since he quietly put the song "An Apple for an Apple" on his MySpace page in 2008, eliciting praise from Pitchfork and other influential blogs. Mostly recorded in San Francisco, with nearly 30 guest musicians, including many former bandmates, the new album continues the trajectory of greatness charted by Beulah's final albums, The Coast Is Never Clear and Yoko, while also blasting off for parts unknown. The result is what's sure to be one of the most talked-about indie-rock records of 2010.