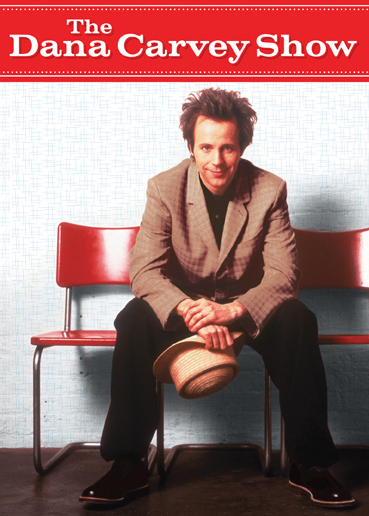 Saturday Night Live veteran Dana Carvey puts a wildly hilarious spin on politics and pop culture in this mind-blowing but short-lived sketch comedy series. The Dana Carvey Show featured the comedic talents of Steve Carell (The Office) and Stephen Colbert (The Colbert Report) before either were household names. Robert Smigel (SNL, TV Funhouse) was the executive producer — along with Carvey — and also appeared in the cast. The creative staff was headed by Louis C.K. and included legendary writer-director Charlie Kaufman and Dino Stamatopoulos (adult swim’s Morel Orel) among others.

From this extraordinary pool of talent came some of TV’s funniest moments. In addition to Carvey’s legendary impressions and characters, Smigel introduced his now-famous “Ambiguously Gay Duo” on this show. Carvey and Carell had a running bit as two pranksters, and send-ups of The Beatles were consistently spot-on. Carvey’s extraordinary humor and talent attracted many surprise guests who frequently made unexpected appearances in the episodes.

The Dana Carvey Show may have hit the airwaves “a moment too soon.” Only eight episodes were made — and only seven of those were broadcast — before it was cancelled. Here you can see why the show has maintained a strong following among those lucky enough to have seen it in 1996.