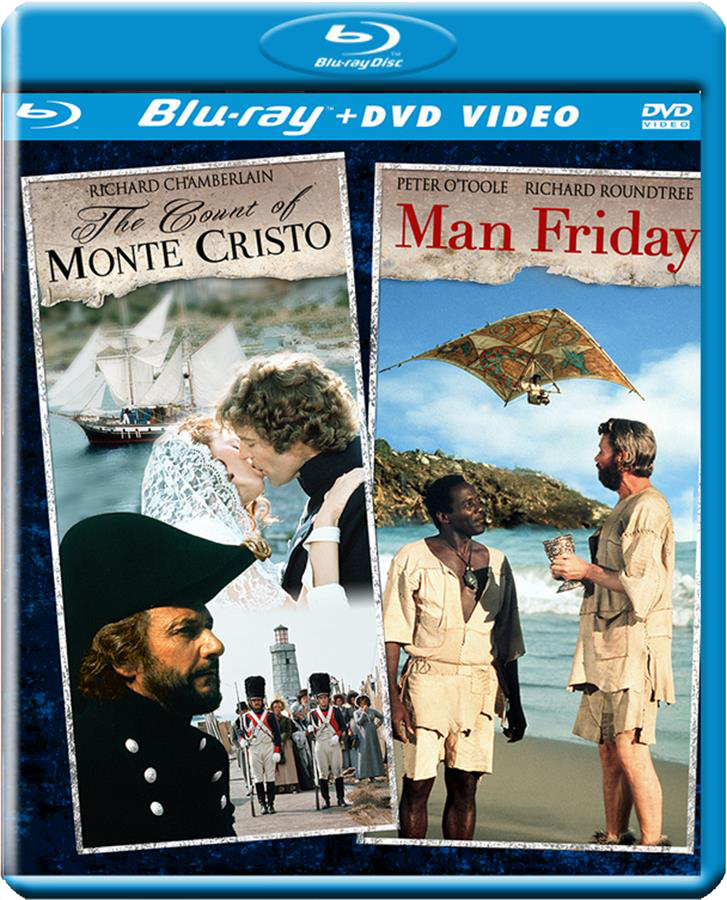 Alexander Dumas' stirring classic tale of injustice, revenge and retribution, in which Edmond Dantes (Richard Chamberlain, The Thorn Birds) is falsely accused by three men of conspiring with Napoleon. Prosecuted by the conniving De Villefort (Louis Jourdan), he is sentenced to an agonising life on the isolated island fortress of Monte Cristo. The dying Abbé Faria (Trevor Howard, Superman) tells Dantes of a secret treasure. Dantes escapes, finds the treasure, assumes the identity of the rich and revered Count of Monte Cristo, uses his enemies' corruption and greed as weapons to utterly destroy them and wins back the heart and hand of his love, Mercedes (Kate Nelligan, Eye Of The Needle). Also starring Tony Curtis (Some Like It Hot) and Donald Pleasence (Halloween).

Daniel Defoe's classic story of survival and heroism takes on a whole new perspective in this electrifying version of Robinson Crusoe. Marooned on a beautiful South Seas island with a black man, Crusoe declares himself 'master' and throws Friday into a cave when he rebels. Friday escapes and leaves Crusoe who soon discovers he needs Friday's companionship and welcomes him back. A slave ship comes to the island and puts them in peril but, in a violent battle, they defeat the ship. After many difficulties they build a seaworthy raft and sail to Friday's island. Unable to adapt, Crusoe is destined to live out his life isolated and alone. Starring Peter O'Toole (Lawrence Of Arabia) and Richard Roundtree (Shaft).