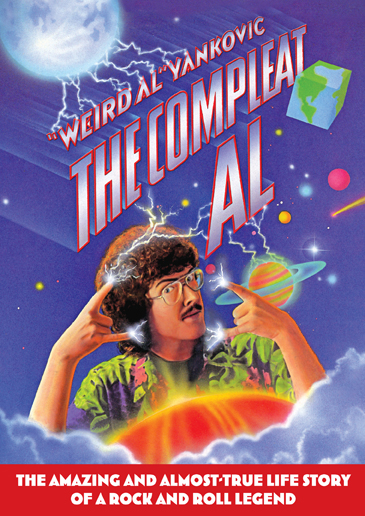 The Compleat Al is the amazing, hilarious and not entirely true story of “Weird Al” Yankovic, the Grammy® award-winning master of musical parody and rock and roll comedy. The mockumentary takes you behind the scenes, beginning with his childhood years, his high school and college days, and up through his early-career rise to stardom. This concocted chronicle also contains classic moments from AL-TV and footage from his trip to Japan, and a somewhat embellished version of how he received permission from Michael Jackson for “Eat It.”

And to top it off, The Compleat Al contains eight “Weird Al” video classics: “Ricky,” “I Love Rocky Road,” the award-winning “Eat It,” “I Lost on Jeopardy,” “This Is the Life,” “Like A Surgeon,” “One More Minute” and “Dare To Be Stupid.”