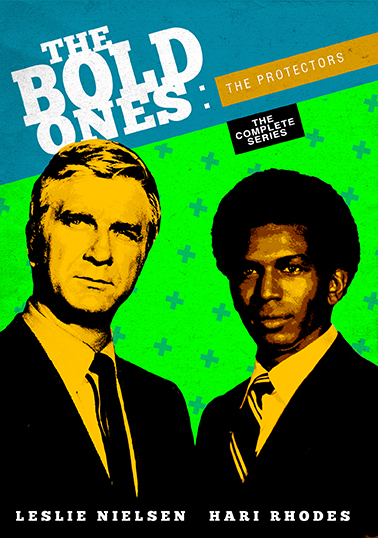 The Bold Ones: The Protectors: The Complete Series

Investigate riveting television at its finest with The Bold Ones: The Protectors, an indelible crime drama that stars Leslie Nielsen as the deputy chief of police in a volatile California city. The cinematic feel of the series was boldly set from the pilot movie, which was directed by Lamont Johnson (The McKenzie Break, That Certain Summer) and featured cinematography from Vilmos Zsigmond (Close Encounters of the Third Kind). An unusual lack of background music further heightened the sense of authenticity as The Bold Ones: The Protectors brought an edgy realism to Sunday night television.

Sam Danforth (Nielsen) is a no-nonsense, conservative lawman brought in from Cleveland to try and rein in the city of San Sebastian, California, but often finds himself at odds with the city's idealistic, liberal D.A., William Washburn (Hari Rhodes).

Top-notch guest stars including Edmond O'Brien, James Broderick, John Rubinstein, Robert Drivas, Fred Williamson and Louise Sorel pumped up the series' gritty stories with a powerful dramatic flair. Including all seven episodes, The Bold Ones: The Protectors is finally on DVD.

The Bold Ones: The Protectors: The Complete Series