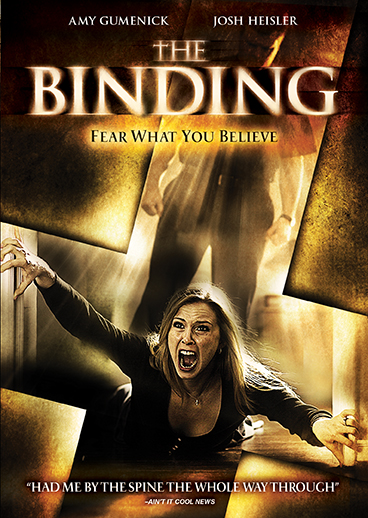 "A powerful and thought-provoking film" – Fangoria

"A mature and potent film" – Ain't It Cool News

Once upon a time, God Almighty appeared before one of the chosen, and commanded that he slay his own flesh and blood. Perhaps that time has come again…

Sarah Iman (Amy Gumenick, Arrow, TURN: Washington's Spies) is a young mother and faithful minister's wife. Her religious devotion and idyllic home life, however, are put to the ultimate test when she is forced to uncover the truth behind her husband's horrific visions. As tensions rise and secrets come to light, Sarah soon finds herself spiraling toward a terrifying choice between faith and blood.