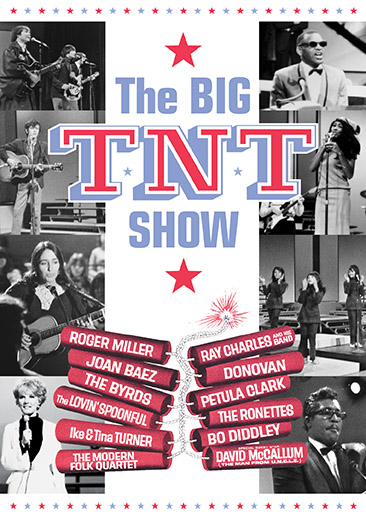 It's a night like no other when some of the all time greats of rock, blues, country western, and folk come together for the incredible concert film event of 1966! An all-star companion piece to 1964's T.A.M.I. Show, The Big T.N.T. Show features the tastiest grooves from the era's greatest acts, including The Byrds, Ray Charles, Donovan, Petula Clark, The Lovin' Spoonful, Ike and Tina Turner, and many other music legends.

Emceed by David McCallum (The Man From U.N.C.L.E.) and bursting with the sights, styles, and sounds of a singular era in popular culture, The Big T.N.T. Show is an eruption of entertainment for music fans.

Ray Charles and His Band