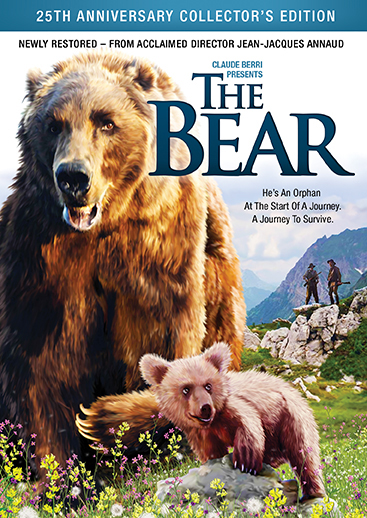 The Bear is a sheer triumph of cinema in the wild! Notable for its stunning cinematography, minimal dialogue, and outstanding animal performances, director Jean-Jacques Annaud's (Quest For Fire, The Name of the Rose) astonishing tale of wilderness survival has thrilled and charmed audiences and critics all over the world.

Set in 19th-century British Columbia, The Bear follows the story of a young cub and an adult grizzly as they join forces to survive the perils inherent in their mountain habitat. With each passing obstacle, the two bears further develop a friendship that can only make them stronger – but will it be enough for them to overcome their most deadly enemy?

An adventure story with heart and humanity, The Bear remains a breathtaking and powerful experience decades after its original release. Presented here in a special 25th Anniversary Collector's Edition from Shout! Factory, The Bear proves itself a film to celebrate again and again.