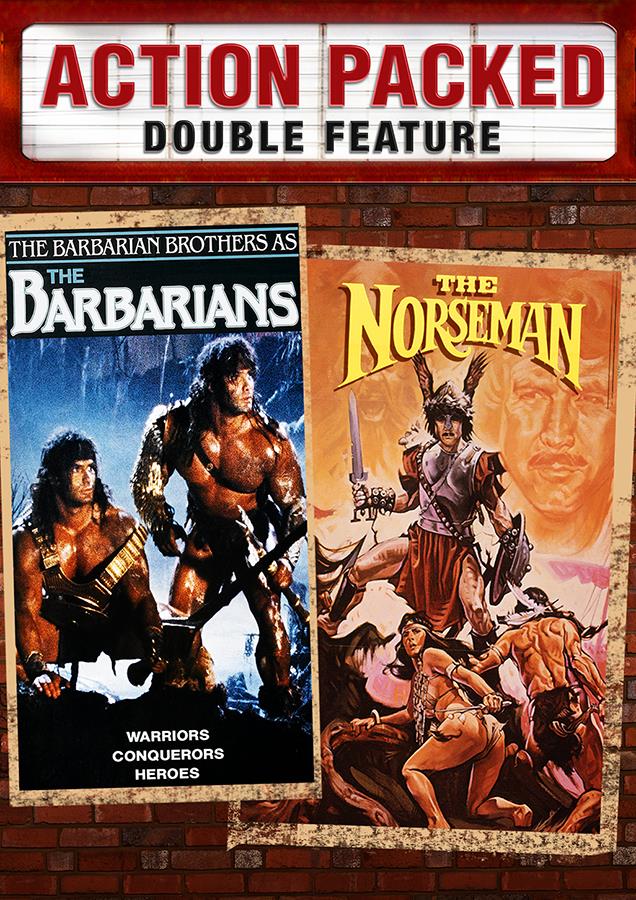 It is in the time of dungeons and dragons, witchcraft and sorcery. An evil ruler enslaves a beautiful young queen and she bears him three children--twin boys and a girl. Her faithful servant takes the twins to a distant land where they grow strong and powerful. With the help of a wild young barbarian outlaw woman, they procure weapons and set out to free their mother. Starring The Barbarian Brothers (aka Peter and David Paul – D.C. Cab), Richard Lynch (Invasion USA) and Michael Berryman (The Hills Have Eyes). Directed by cult filmmaker Ruggero Deodato (Cannibal Holocaust).

Before Columbus was born, an 11th-century Viking prince sails from Greenland to the unknown land we now call American in search of his father--a Norse king who went on an earlier expedition and was captured by the savage warriors of the Iroquois nation. Starring Lee Majors (The Six Million Dollar Man), Cornel Wilde (The Naked Prey) and Mel Ferrer (The Tempter). Directed by Charles B. Pierce (The Town That Dreaded Sundown).